Why is your stream-Info in english if you are german?

Because i want everyone in the world to be able to understand, watch, enjoy and engage with the community. And english is a language that is at least in theory spoken by everyone in EU and NA. BUT the main language on this channel is german, both languages are accepted in chat.

You suck at all the games you play

I also know that. i am no Pro gamer or streaming because i think i am that good. I am an average gamer, with average skill and not that competitive. I play mostly for fun and the small goals like not losing twice as much as winning. just think of me as an streaming Bob Belcher.

You also play not the way i would play you noob

We humans are, luckily, very unique. I regret to play something a certain way just because its the approved way. I want to make my own mistakes, to have fun by learning better strategies my own. Yes, e. g. my Gwent Deck sucks and thats propably why i loose more than i win. But i will get a good Deck in time and then i might loose a bit fewer.

Why is your Name Ossi Eastborn?

Because i was born in eastern germany in 1988. And in germany, people from the ex-GDR are called “Ossis”, while those from West Germany are called Wessis. So i am an Ossi and born in the East. I do not eat bats!

Do you even lift, bro?

No, not at all. Neither for real nor in terms of video game training.

Do you play other games?

of course, I am not stick to a single game or genre. if you have any suggestions, feel free to forward them to me.

Why do you not have a set schedule to rely on?

Because i want you to hit that dang follow button, kappa. But for real i do work and i do have a girlfriend and two tomcats. That menas there are some more important tasks in my life than streaming as of now. So i have to schedule my streams based on my working times, which are more or less random based on demand at work and at home. But as i said, i will stream every day and you have always a set schedule for at least two weeks to rely on.

Do you play off stream?

Yes. Although i wont play any game with a challenge that would distort the challenge. You shall see every single step of that challenges. But with other accounts, savegames, modes or games i will also play off stream, because you do not always want to have strangers watch you doing stuff 😀

Why you do challenges if you are not good at games?

Not being good might be interesting, and sometimes i might show you some sick moves wich will be pretty random and coincidential. But i figured it will be more interesting to set some goals to reach in the games i stream and give you something back if you actually watch that streams. And if i win, we all win together, even if winning means losing and vice versa.

Who or what the hell is readyplay.de?

Readyplay is a upcoming project and website i am working on which shall fullfill two major tasks: At first it is planned to be a News- and information source for fans of Games and Gaming Tech, because that is where my roots are. On top of that it will be a plattform for all the streamers who want to convence under the label “readyplay” as a streamer community. Everyone of them can have his own category where he or she can inform viewers about events, maintain a blog, announce things and introduce themselves. All the different communities of all the different streamers can come together there and see, what else is on the list. The goal is a big community of streamers and also viewers, who like to watch the majoroity of them. Readyplay is set to fully lauch sometimes in the summer. As of now, the site is just a temporarity and in development. 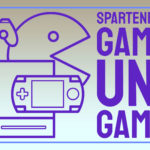 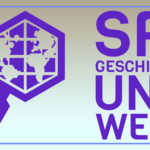 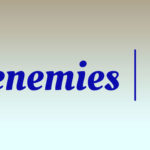 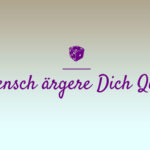 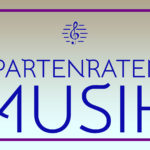